A special broadcast from JTV

A special broadcast from JTV

One early morning, JTV’s regularly scheduled news segment would likely be broadcasted across multiple televisions in the region. A rather thin man wearing a brilliant blue suit seemed puzzled as he looked over the diagrams behind him.


“... Ehem.. As you can see here, the storm travelled just off the coast of Tyrian and progressed downward before skipping Viridis entirely.” He tugged at his tie and wiped some sweat dripping down his forehead. “Frankly, in all my years as a weatherman, I have never seen anything quite like this. Back to you Chelsea.”

“Thank you Dale.” The screen would flicker from the forecast to the Newsroom. A blonde woman in her forties adjusted the papers on her desk and laughed almost nervously. “Clearly, strange things are happening in the Toro Region again. Our Chief Correspondent, Jim Leaders is on the scene at Galena, which is experiencing its warmest winter. We’ll check in on him in just a little while, for now, we have a special guest with us on JTV news.”

“Joining us now, is Aaron Blues, a staff reporter for the Toro Times. Hopefully he can shed some light on what’s been happening out there.” The camera panned over to the other side of the Newsroom, to show the aforementioned man holding a microphone and standing beside a few miniature boards. “I’m happy to be here, Chelsea. Now--” He stepped over to one of the many boards. “I am sure that a lot of people are concerned, and quite possibly confused about this contrarian climate. And for good reason too.”

He paused, and gestured to a somewhat out of focus image on the board. Two Pokemon were pictured within, and the broadcast cut closer to it to give anyone watching a closer look. 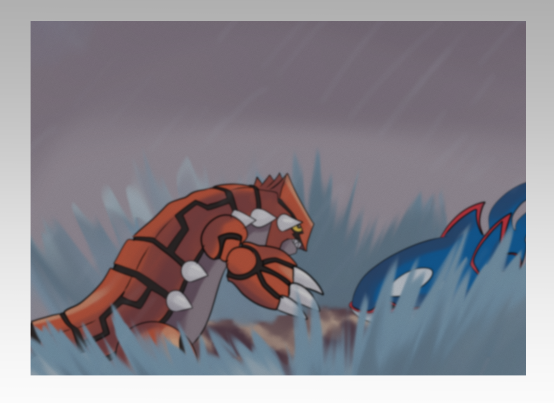 “As impossible as it may seem. The Legendary Pokemon Groudon and Kyogre were recently seen just off the coast of Cobalt. And it is clear to see that there is a clear correlation between the strange effects of weather and the appearance of these Pokemon.” He shifted over to another board, this one had a picture of an ancient-looking tablet on it. 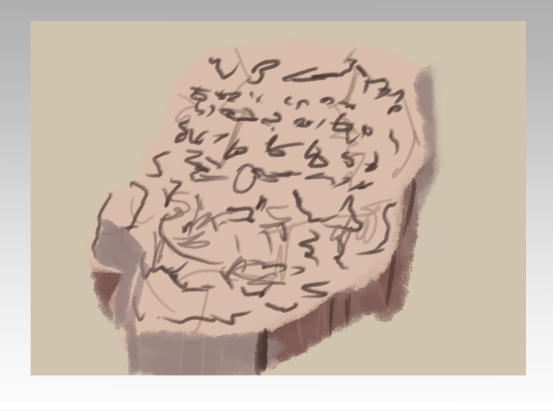 “According to Moss Vertman, the curator of the Galena museum and an experienced archeologist, this tablet was written in ancient Hoennese! He has provided a direct translation at this time, although some of the information has been lost. Here it is now.”

A text scrawl would replace the scene at the newsroom.

Groudon, Kyogre
One must triumph, one concede
Earth is not at stake
Its future is

Rise and fall and turn and grow
Find your sins and reckon [unreadable]
Is nothing without end?
Can nothing be settled?

“Now, I’m sure that a lot of you might doubt the validity of something like this, but I urge you to at least think this all over and find your own meaning in it. Perhaps an answer to this brewing situation might come to light if we put our heads together.”

“Additionally, two structures, each relating to Kyogre and Groudon were recently unearthed. Aurelia’s Corviknight taxis can bring you to them if you would like to investigate for yourself. And finally…” He sighed softly. “If you would like to learn more about everything we’ve found, Lizette Wilde and myself have put together an information center on 2 Nidoqueen in Aurelia.”

“A big thank you to JTV for having me.” The camera panned back over to Chelsea. “There’s a lot to take in there, but in sports news-”
Top
Post Reply
1 post • Page 1 of 1